Heatwaves are getting more extreme: how can we adapt our homes?

As the first autumnal colours start to appear on trees and many of us are worried about heating our homes in the winter months ahead, thoughts of this summer’s heatwaves seem a little distant already.

Yet it was only two months ago that the UK’s all-time record high temperature was set during the July heatwave, with large swathes of the country experiencing above 40°C for the first time.

For many, it was too hot to venture outside, and we took refuge at home. But, unlike on the continent and in countries that are used to such temperatures, UK homes aren’t built with ‘keeping cool’ in mind. The vast majority of us don’t have air conditioning, and our houses and apartments are designed to help flood rooms with as much light (and heat) as possible.

Whilst a day or two of extreme heat can be tolerable for most, Met Office data shows how nine of the 10 hottest days on record in the UK have been since the start of the 1990s, and peak temperatures within those events are rising too.

So how can we keep our homes cool in the future when another heatwave strikes and temperatures continue to nudge higher on the thermostat? Here’s a look at five things you can do to help keep things cooler next summer.

Learn the fundamentals of ‘passive cooling’

You will remember that a lot of the home cooling advice this summer focused on closing windows during the day. This taps into an idea called ‘passive cooling’ whereby you allow cooler air into your home during the evenings, overnight and early morning, but as soon as the outside temperature rises higher than inside your home, you close all windows to lock the cooler air in.

Blocking the sun’s rays, especially on south-facing windows, is also key to this working. Many of us had our curtains and blinds closed this summer, and some went so far as to hang duvet covers across windows too!

Air Conditioning… but only for emergencies

Air conditioning, as mentioned above, is commonplace in hot countries, but it’s something of a double-edged sword when it comes to dealing with future heatwaves.

Pumping cold air into our homes is the fastest way to reduce the temperature inside, but it comes with costs – not only to our wallets but also to the environment.

For most UK homes without any air conditioning, it’s expensive to install, and very expensive to run too. Despite that, the government itself expects a surge in demand for domestic air cooling in the decades to come.

But millions more homes across the world turning up the AC each summer will negatively contribute to the combination of issues that are causing temperatures to slowly but surely rise across the world, by causing a huge spike in energy demand (still mainly generated by fossil fuels), and by contributing to something called the ‘urban heat island’ effect, where buildings are cooled at the expense of pumping more heat into the streets.

A cheaper and more sustainable solution may be to create a cool room in your house when the temperature does become unbearable. Free-standing AC units are great at cooling a small space really quickly, and your family could take refuge in that one room during the hottest days, instead of trying (and paying) to keep the entire house cold.

It sounds counter-intuitive that improving a home’s ability to retain heat can help keep things cool in a heatwave, but it’s absolutely true.

By insulating walls and lofts, your home will have a better buffer against future heatwaves – especially with loft and attic room insulation. It’s also good to check that boilers and hot water pipes are well insulated too.

And if you are one of the millions of homeowners in the UK that has a conservatory, that’s one area where you can make a huge difference to heat regulation very quickly!

Traditional conservatory roofs, either clear glass or polycarbonate, are poor insulators. They let heat escape easily in the winter, and all of the sun’s energy passes through them in the summer.

A quick and cost-effective solution is conservatory roof insulation.

Conservatory roof insulation works by fixing insulated panels to the existing roof structure of your conservatory, such as our own multi-layered Foil Quilt Insulation system, which can be done without the need for any planning permission and finished in just one day!

Homeowners who have insulated their conservatory roofs have seen the benefits straight away, being able to enjoy the conservatory all year round (whether it’s snowing outside, or roasting hot!). Plus, 58% of our customers said their energy bills were reduced by more than 25% since having insulation installed.

Learn more about the benefits of conservatory roof insulation here.

Sit in the dark

Sounds silly, but it’s really not! A lot of the heat generated in our homes comes from electrical devices and our lighting. Lamps, computers, laptops, games consoles and other electricals all generate a small but noticeable amount of heat when they’re on, and combined over time, they increase the temperature inside our homes.

During the hottest summer days, minimising the use of these electricals and reducing how many lights are turned on at once, will help by stopping adding to the heat problem.

Escape to the garden

Finally, and for those lucky enough to have a garden, there are things we can do in our outside spaces to create an escape zone from a house that just won’t cool down.

Trees are fantastic at keeping urban spaces cool by blocking the sun’s rays and shading different areas. Plus, any trees you plant on the south-facing side of your house will help to block the sun from those windows too.

Other garden design elements, such as water fountains or shaded pergolas and sun sail shades, can also help create zones that are kept cool. Doing so will mean you can have somewhere to sit once the outside temperatures drop a little – especially if there’s a bit of a breeze – for when the inside of your home has gotten too warm.

Contact us today to see how we can convert your conservatory into a room you can use all year round.

Get a Quote Now 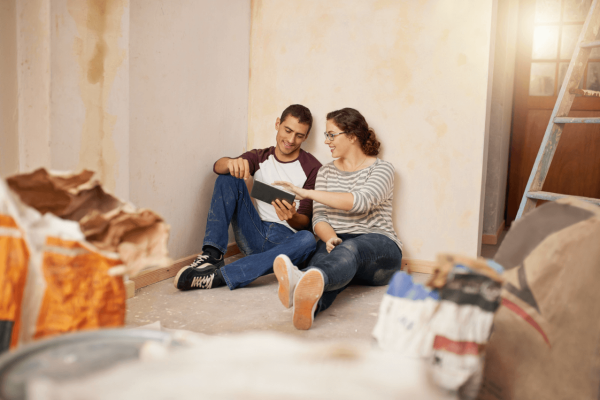 Why is your conservatory so cold? 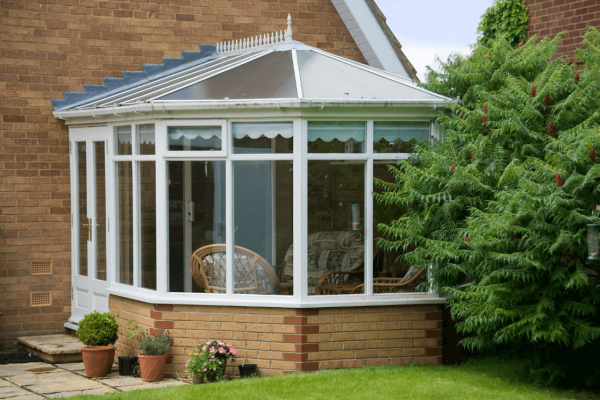 Can you add a ceiling to your conservatory? 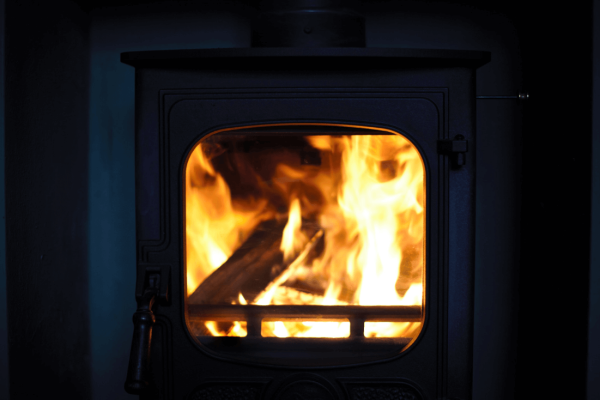 Can you install a log burner in a conservatory? 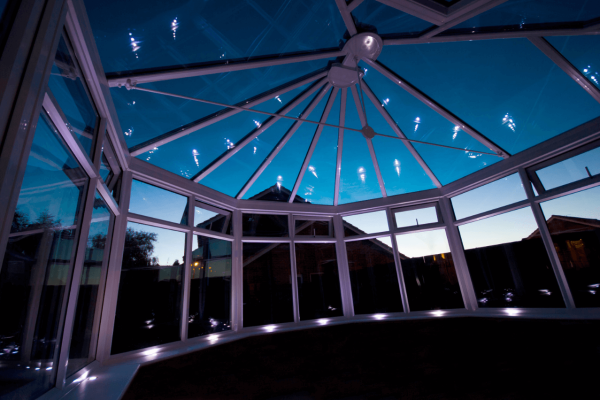 What is the cheapest way to insulate a conservatory roof? 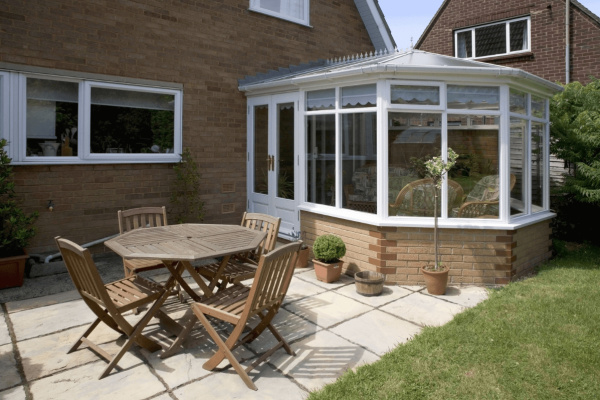 How to turn your conservatory into a room 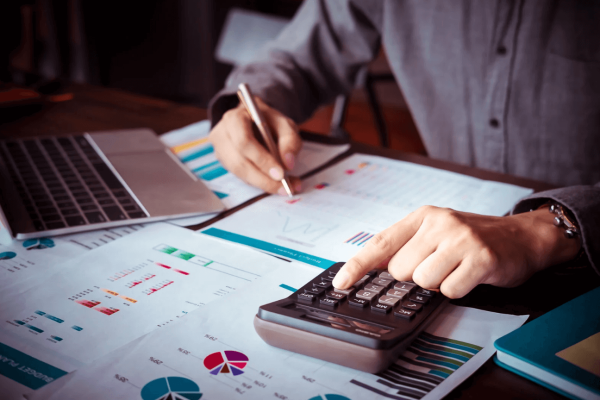 Is conservatory roof insulation worth the investment? 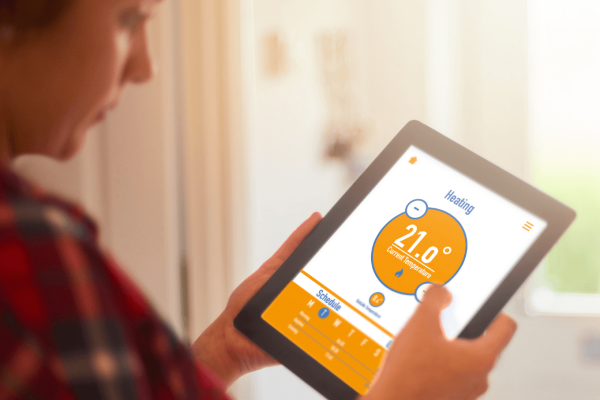 How to effectively heat your home this winter

We use cookies on our website to give you the most relevant experience by remembering your preferences and repeat visits. By clicking “Accept All”, you consent to the use of ALL the cookies. However, you may visit "Cookie Settings" to provide a controlled consent.
Cookie SettingsAccept All
Manage consent

This website uses cookies to improve your experience while you navigate through the website. Out of these, the cookies that are categorized as necessary are stored on your browser as they are essential for the working of basic functionalities of the website. We also use third-party cookies that help us analyze and understand how you use this website. These cookies will be stored in your browser only with your consent. You also have the option to opt-out of these cookies. But opting out of some of these cookies may affect your browsing experience.
Necessary Always Enabled
Necessary cookies are absolutely essential for the website to function properly. These cookies ensure basic functionalities and security features of the website, anonymously.
Functional
Functional cookies help to perform certain functionalities like sharing the content of the website on social media platforms, collect feedbacks, and other third-party features.
Performance
Performance cookies are used to understand and analyze the key performance indexes of the website which helps in delivering a better user experience for the visitors.
Analytics
Analytical cookies are used to understand how visitors interact with the website. These cookies help provide information on metrics the number of visitors, bounce rate, traffic source, etc.
Advertisement
Advertisement cookies are used to provide visitors with relevant ads and marketing campaigns. These cookies track visitors across websites and collect information to provide customized ads.
Others
Other uncategorized cookies are those that are being analyzed and have not been classified into a category as yet.
SAVE & ACCEPT